Skip to content
You are here:HomeTravel Why I Love Seattle – What to Do & What to Visit 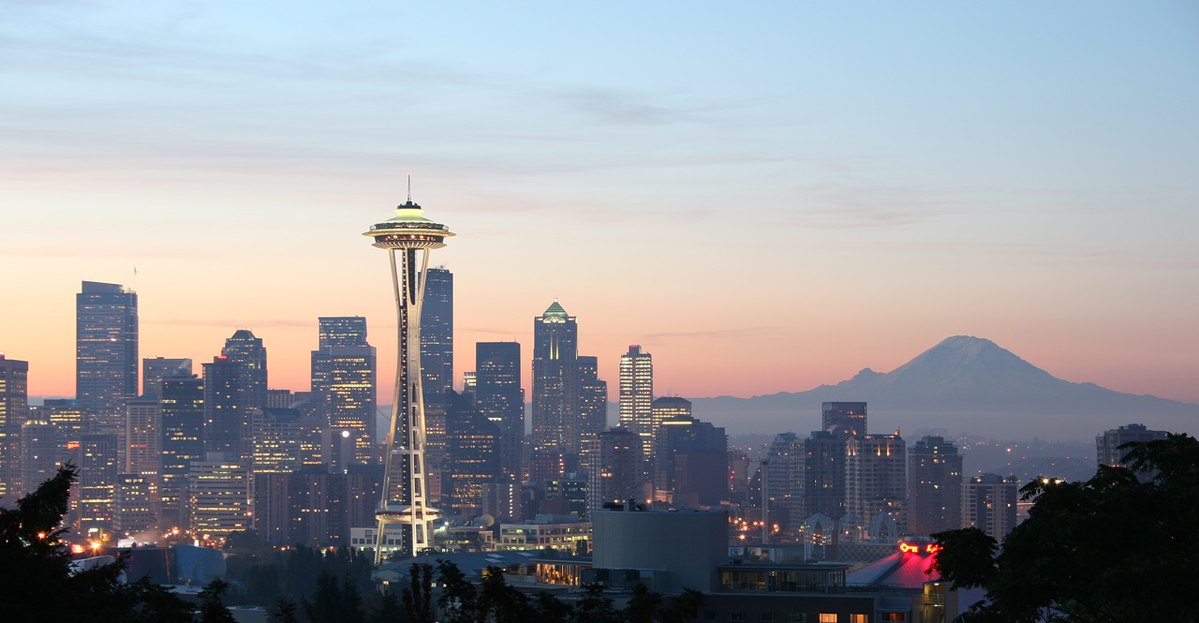 Seattle is located in the western part of Washington State in the Pacific Northwest region of the United States of America. It covers an area of one hundred and forty-two square miles and has a population of almost six hundred thousand people. The founding of the city is attributed to the arrival of Arthur A. Denny to the region in 1851 and the establishment of a logging colony there. Thanks to the abundance of wood in the area, the logging colony grew rapidly and eventually evolved into a small city. Seattle received its city charter in December of 1869.

During much of the latter part of the nineteenth century, Seattle was a frontier town that was often on the verge of lawlessness. The operation of schools was spotty at best and lynchings were commonplace. The city was also plagued by an inadequate sewage system and road maintenance that was almost non existent. This began to change during the 1880s when the city got its first streetcar, a ferry service and new housing was required to be connected to the newly built sewer system. There was also a greater allocation of resources to road maintenance.

During the summer of 1889, the city of Seattle was struck with a great disaster, the Great Seattle Fire. This fire was caused by a glue pot and burned over twenty-nine city blocks, which included all of the railroad terminals and the entire business district. Though the devastation of the fire was great, the city managed to rebound quickly. New zoning laws were enacted that required new constructions to be composed of brick or stone and the population of the city swelled due to the influx of construction workers.

This growth of population would further increase during the Klondike Gold Rush in 1896. Seattle became the supply center of the region catering to gold prospectors traveling to Alaska. As the population rose from the influx of immigrants into the city, the city government began a massive construction of parks and public works. Today, Seattle is a bustling city that is known for its ambience and its many tourist attractions.

One of the more popular of Seattle’s attractions is the Seattle Aquarium. Seattle Aquarium was founded in May of 1977 and is located on Pier 59 of the Washington Elliot Bay. This aquarium is run completely by Seattle’s city government and the Department of Parks and Recreation. It attracts over eight hundred thousand visitors a year. This aquarium covers has recently undergone an eighteen thousand square foot renovation and has new features such as a cafe added to it.

Visitors can check out the one hundred thousand gallon tank and see animals such as octopi, fish, urchins and otters. Point Defiance Zoo & Aquarium is another aquarium that also contains a zoo area. It covers an area of twenty-nine acres and has a collection of over nine thousand animals taken from over three hundred species. Exhibits here include Asian Forest Sanctuary, Rocky Shores, Arctic Tundra, North Pacific Aquarium, South Pacific Aquarium, Red Wolves, Penguins and Small Animals Exhibit.

A prominent attraction in the city is the Burke Museum of Natural History and Culture. This museum is located at the intersection of seventeenth avenue and forty-fifth street and was founded in 1899. The museum contains over twelve million artifacts from disciplines such as biology, anthropology and geology. Key features of the museum include a collection of Alaskan Native art, a collection of birds with their wings spread, frozen bird tissues used for genetic research, a large collection of Northwestern fungi and plants and extensive archaeological artifacts from Washington state digs.

Another popular museum in Seattle is the Seattle Art Museum. The Seattle Art Museum has three separate facilities which include its main branch in the downtown area of Seattle, an Asian art museum on Capitol Hill and a sculpture park called the Olympic Sculpture Park. The Seattle Museum of Art contains over twenty-five thousand pieces located at its facility. The museum covers a combined area of three hundred thousand feet and has a nine acre park. Artists represented by the collections housed here include:

The Olympic Sculpture Park contains sculptures by artists such as

The most recognizable attraction in the city that is known throughout the world is the Seattle Space Needle. This attraction was built for the 1962 World’s Fair and is situated at the Seattle Center. The Space Needle rises over six hundred feet and is one hundred and thirty-eight feet wide.

Other prominent attractions in the city of Seattle include the